Run by fourth generation sister and brother Anne and Antoine Malassagne, AR Lenoble has been consistently 100% family-owned and independent for nearly 100 years since their great-grandfather Armand-Raphaël (‘AR’) Graser founded the house in 1920. The house owns 18 hectares of vineyards, 10 of them in the Grand Cru village of Chouilly (Chardonnay), six in the Premier Cru village of Bisseuil (Pinot Noir) and two in the village of Damery (Pinot Meunier) in the Marne Valley. The vineyards have been certified Haute Valeur Environnementale since September 2012 in recognition of 20 years of sustainable practices, including zero use of chemical fertilisers, practically zero use of any herbicide, drastic limitations on phytosanitary inputs to fight powdery mildew and downy mildew, and particular focus on biodiversity with the introduction of hedges, orchards, slopes, trees and walls in addition to 70,000 honey bees from which the estate makes a limited amount of honey each year. AR Lenoble is one of the rare producers to continue to use exclusively Coquard presses during the harvest. All reserve wines are matured either in small 225L Burgundy barrique barrels or in 5000L foudres according to the principles of the ‘solera’ or ‘réserve perpétuelle’ system. Recently the family have begun ageing the wines in magnums only (for a minimum period of 3 years) before they are disgorged into their long term formats. Magnums are considered the perfect size, adding nuance and complexity. Dosage is kept to a strict minimum. 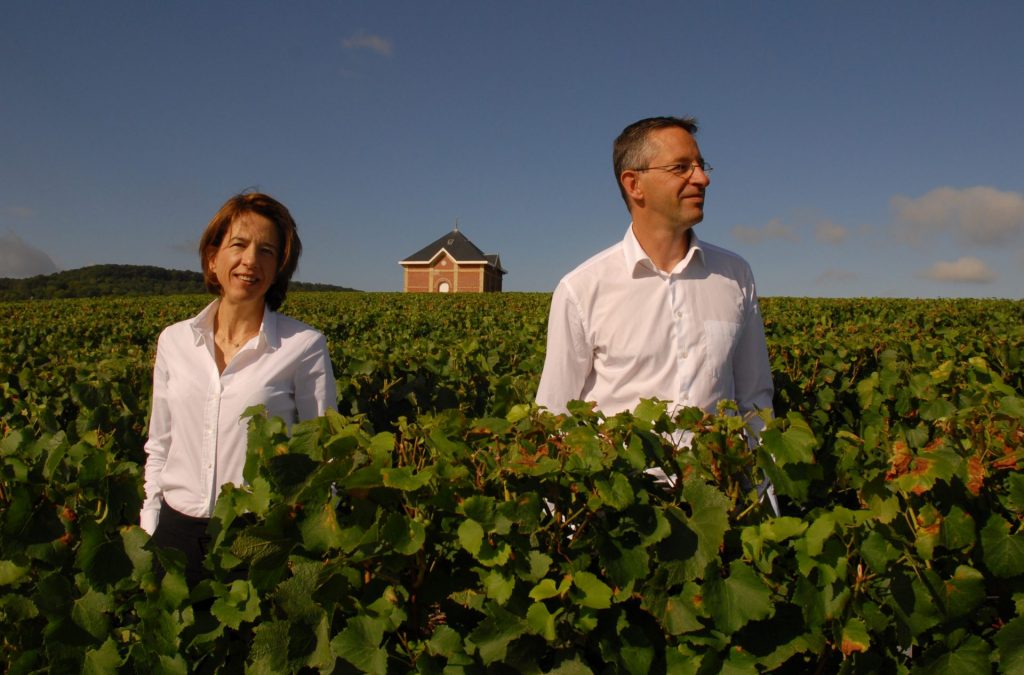 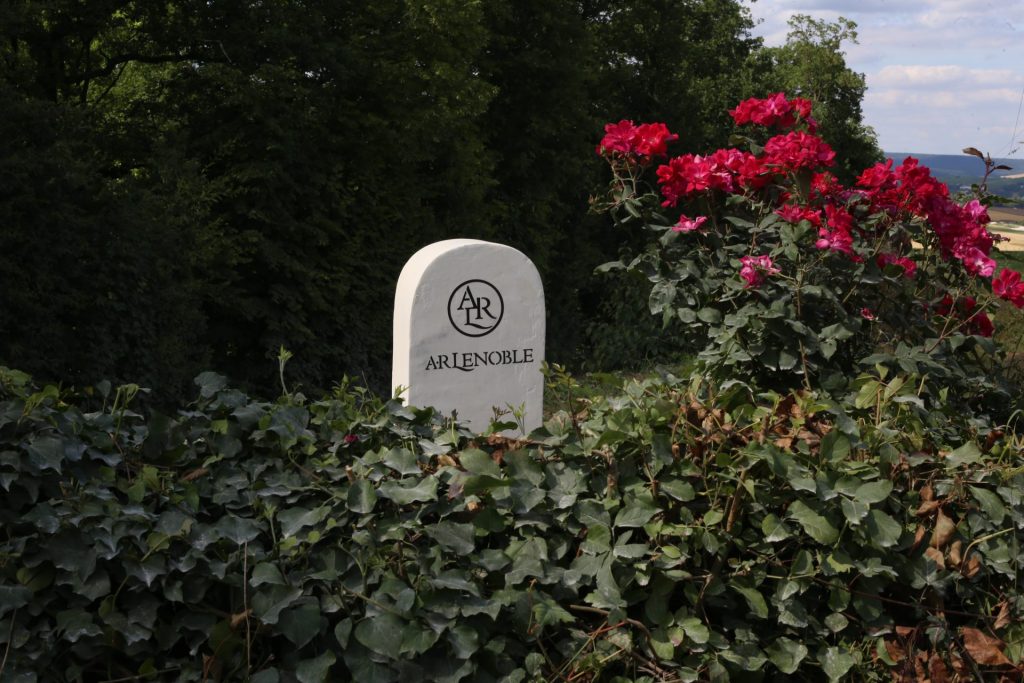