Probably the less said about the 2021 vintage the better for the moment. All the horror stories about the miniscule size of the vintage appear to be true, especially in the Côte de Beaune, where many growers have lost as much as 80% of their Chardonnay crop. At this stage it’s hard to envisage what we will all be drinking in restaurants in a couple of years’ time as there certainly won’t be much white Burgundy to be had! Thankfully, we can be much more positive about the 2020 vintage, so let’s focus on that for now.

Having spent the past fortnight tasting through a large selection of mainly white wines, I have finally been able to get my head around the unexpected character of this ‘Covid vintage’. I recall being out here between lockdowns last summer to visit many of those growers we had inherited through our purchase of Domaine Direct earlier in the year, and it was hot, very hot at times. And, for the fourth time in a row, it was an early harvest, but with some growers starting as early as August 18th it even trumped the previous three, as well as the infamous 2003 vintage by a few days. Sadly, I am old enough to remember tasting the 2003s from barrel and the wines were undoubtedly characterized by the heat of that summer. They tasted hot, even alcoholic at times, and attempts to freshen them up through acidification, were often clumsy and unsubtle. Yet, I can categorically state, that 2020 bears no resemblance to that vintage whatsoever. Remarkably, if anything, it tips its hat respectfully towards the fantastic 2017 vintage, which is full of wondrous wines.

So how is this possible? You may well ask, as I spent the first few days asking myself that same question with increasing incredulity. The big difference compared to 2003 is that that vintage came about through a summer of unrelenting, extreme heat. Summer holidays were cut short as harvest dates were continually brought forward, to the extent that the Burgundian norm of 100 days from flowering to harvest was blown out of the water. 2020, by comparison, was always going to be an early harvest. A now typical mild winter meant everything began earlier, from budding through to flowering and finally through to harvest. Those 100 days I just mentioned remained relevant, although obviously they had more impact as they included the traditionally warm, sunny and light month of June rather than the less reliable September and helped achieve real phenolic ripeness in the grapes, not just high sugars. But the two most important factors within this crucial period were the dryness of the season that resulted in very concentrated juice, which in turn concentrated acidities, and most importantly, the significant difference in day and night-time temperatures. Unlike the previous year (2019) when there was less respite from the heat of the day, the vines got a chance to literally chill out of an evening, regroup and start afresh the next morning. This factor appears to be absolutely crucial to the success of the vintage. One other element that may have played a part is harder to prove, but one can’t help but raise the question, are the vines becoming more adaptable to warm summers than they used to be even 15, 20 years ago? Certainly, growers are becoming more adept at working with the challenges presented by climate change.

Tasting through the whites there is no sense of heat whatsoever. PHs are much lower than they were in 2019, providing a really energetic sizzle to the wines.  There is richness and undoubted concentration – great phenolic ripeness and plenty of small berries will do that to a wine – but there is no heaviness or alcoholic burn. I could not believe how often I wrote the word ‘classical’ in my tasting notes. It seemed counter-intuitive, but the wines are pure, lively and focused, with definition and length. I don’t think that there are quite the levels of dry extract across the board that we saw in 2014 and again in 2017, but the intensity is there. I found excellent terroir definition, which is often the first thing to disappear when a vintage dominates, as well as length, punctuation, complexity and great freshness.

As ever with white Burgundy, it is hard to say how the wines will age, but the concentration, intensity and vibrancy of them suggests a bright future. Volumes are good, too, though not at the expense of concentration. The fruit was clean, so growers were able to keep a good percentage of the crop, meaning that despite lots of small berries, there is a decent amount of wine to go round.

At this stage it is hard to say what prices will be. With so little wine made in 2021 the pressure on this vintage will be immense. In all likelihood, increases will be spread across the two vintages to avoid scary jumps and maintain a degree of consistency. My initial thoughts would be to get stuck in. The wines are great and you will simply not be able to buy the follow-on 2021s you want to, in anything like the volumes you want to. I will go into more detail about which villages, vineyards and producers have really flourished in 2020 at a later date.

And, to finish, just a quick note on the reds. They look equally promising, although the volumes are less so. Stylistically, at this early stage, they seem a tantalizing blend of 2012, 2017 and 2019 and again much fresher than the broader 2018s. But with another three weeks of tasting them I will reserve judgement until my next blog! 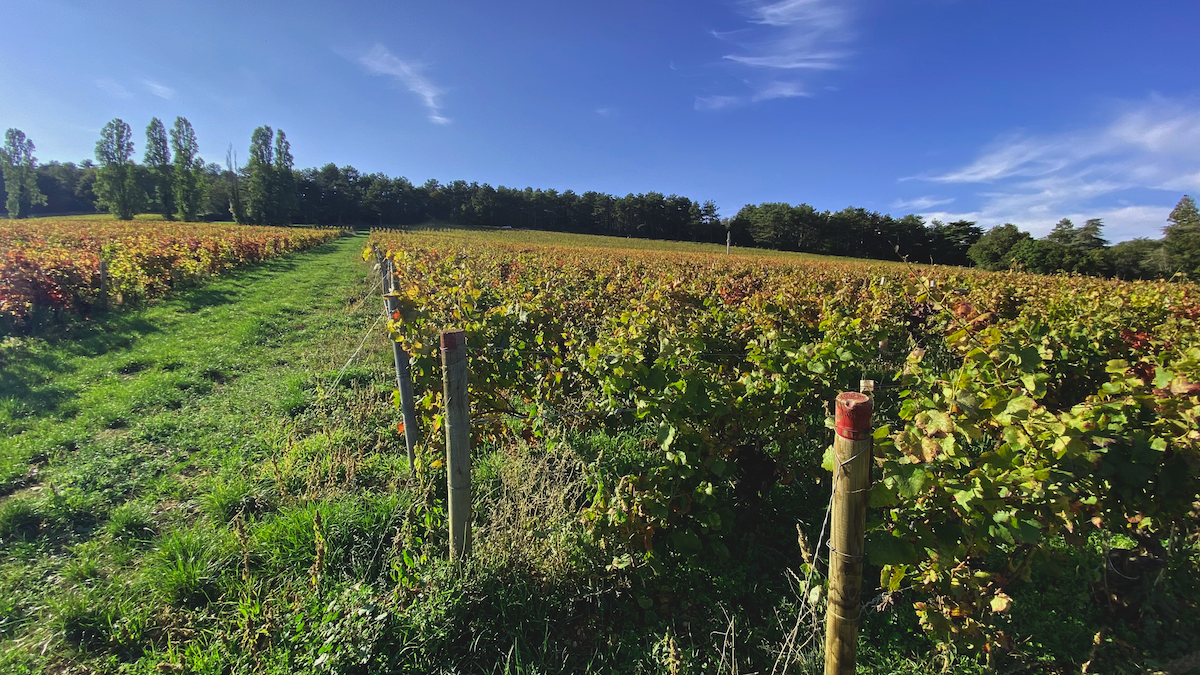