I was completely blown away by the wines I tasted at Rocca di Montegrossi this year. Proprietor Marco Ricasoli Firidolfi turned out some of the most brilliant wines of his illustrious career… I would be thrilled to own them.

Few red wines whet the appetite like a top-notch Chianti Classico – just ask Hannibal Lecter – and few, if any estates, produce better Chianti Classico than Rocca di Montegrossi. Over the past several years, it’s been hard to keep up with the accolades bestowed on the estate’s wines. Most recently, San Marcellino 2016 was the highest rated Chianti Classico Gran Selezione in an extensive line-up compiled by Decanter (you’ll find the glowing note below).

Rocca di Montegrossi was established some twenty-five years ago by Marco Ricasoli-Firidolfi. Having studied winemaking in Dijon, Marco worked at his family’s estate, Castello di Brolio, before turning his focus to a two-hectare plot high in the hills of Gaiole, which was gifted to him by his mother. Marco’s holdings now amount to around ten hectares, which lie at an altitude of between 350 and 500 metres on pale, free-draining Alberese limestone.

At the centre of the estate is the tenth-century church of San Marcellino (made from the same limestone), which Marco is currently restoring to its former glory. The vineyards are surrounded for the most part by woodland, making this an ideal spot for organic viticulture, since there is little risk of contamination from non-organic neighbours. A bigger risk to the welfare of the grapes is the large local population of wild boar, though it should be said the creatures are not entirely unwelcome, since they play a starring role in Tuscany’s cuisine. 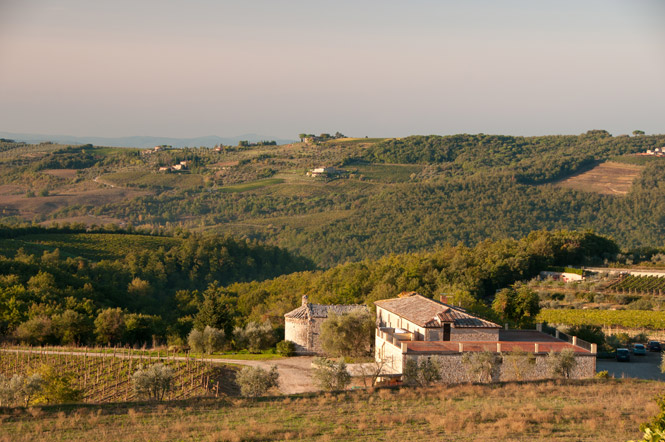 Marco’s Chianti Classico is a blend of 88% Sangiovese, 10% Canaiolo and a dash of Colorino. In contrast to Sangiovese, Canaiolo is a low-acid grape with soft tannins, whose role here is to make the wine rounder and more approachable in its youth. Colorino – you guessed it – provides a touch more colour. The wine is matured for eleven months in a combination of concrete tanks and large oak botte. The 2019 is yet to be reviewed, but the previous five vintages were all scored in the nineties by Antonio Galloni (of the 2018, he wrote, ‘This is a fabulous wine for the money. Don’t miss it.’)

San Marcellino hails from the eponymous vineyard, planted in the sixties, where the smallest bunches of Sangiovese are hand-selected by the harvest team (larger bunches go into the Chianti Classico). These small bunches are prized for the berries’ concentration and thick skins – characteristics shared by Pugnitello, which makes up the remaining 10% of the blend. Pugnitello is so named because the bunches resemble a small fist. It is, in Marco’s view, the most interesting of the supporting grapes in Chianti, with the highest potential quality after Sangiovese.

Chianti Classico Gran Selezione is a relatively new denomination, introduced in 2014. Any wine estate-grown within Chianti Classico can qualify, but must be a minimum 13% abv., and aged for at least thirty months, including at least three in bottle, prior to release. Raised for 25 months in Allier oak – half barriques, half 900L tonneaux (20% new) – then a further 24 months in barrel, San Marcellino 2016 is an exceptionally fine and age-worthy example.

Each of these releases from Rocca di Montegrossi is an outstanding wine in its category. Their precision, freshness and unfussy labels might suggest a modern slant, but above all they are sensual and food-friendly wines in the best traditions of Chianti Classico. The Stannary team recommends them in the strongest possible terms. While both wines boast a long drinking window, the Chianti Classico will deliver a huge amount of pleasure in the short to medium-term while San Marcellino benefits from extra time in bottle. Purchase a case of both and you will receive a 5% discount on the prices shown below.

Ridolfo takes its name from a medieval ancestor of Marco, whose surname derives from the Latin de filiis Rodulphi. A 50-50 blend of Cabernet Sauvignon and the indigenous Pugnitello (meaning little fist in reference to its small, tightly packed bunched), it is aged for 24 months in French oak barriques and tonneaux, then another 36 months in bottle.
The tiny amount of Ridolfo ’15 produced has been bottled exclusively in magnums; each magnum is numbered by hand and packed in an individual wooden case (pictured). Ridolfo ‘15 truly is a collectors’ item. Availability is, of course, strictly limited, so please register your interest as soon as possible with a member of the Stannary team 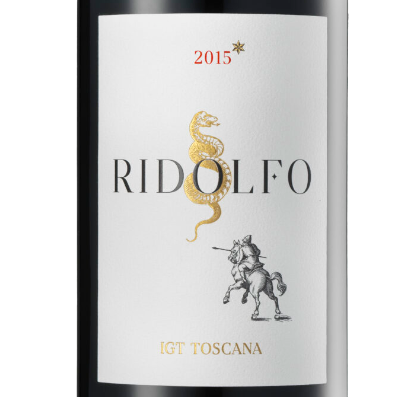 The 2015 Ridolfo is a new Cabernet Sauvignon/Pugnitello blend from Marco Ricasoli bottled only in magnum. Vibrant and finely sculpted, the 2015 impresses right out of the gate. A whole range of savory aromatics, lavender, spice, licorice and mocha open with time in the glass. Sweet rose petal and cinnamon appear later, adding brightness and lift. Cabernet Sauvignon and Pugnitello are not obvious varieties to blend, as they are, on paper, more similar than complementary. Even so, the combination works so well. I can’t wait to see how this ages. The 2015 is a total knock-out!

Rocca di Montegrossi’s Chianti Classico 2019 is a paean to Sangiovese, showcasing all the grape’s best loved characteristics. Expressive from the word go, the nose is hugely enticing, with lifted aromas of cut flowers, savoury spice, liquorice and red fruit. The palate is alive with bright acidity and a wealth of crunchy red berry flavours. The oak is perfectly integrated and there is no hint of greenness, just the perfect degree of tannic bite to have you dreaming of a plate of prosciutto or Pici al Ragu Di Cinghiale. For all its charm, this wine’s structure and acidity virtually guarantee it will age gracefully.
Drink 2021 to 2033

Vigna San Marcellino is both youthfully fresh and maturely complex. It includes a healthy dose of the deeply coloured Pugnitello grape, and both this and the Sangiovese saw long post-fermentation macerations of over 30 days in 2016. Liquorice, tarragon and broom interlace with exuberant plum and understated toasted nuances that are seductive. Laden with black cherry and rich, velvety tannins, the palate is creamy in texture, while underlying chalkiness and saline minerality lend energy, leading to a sappy, refreshing finish. Drink 2023 – 2038.
96/100 Michaela Morris, Decanter June 2021

Discounted price for a case of each wine : 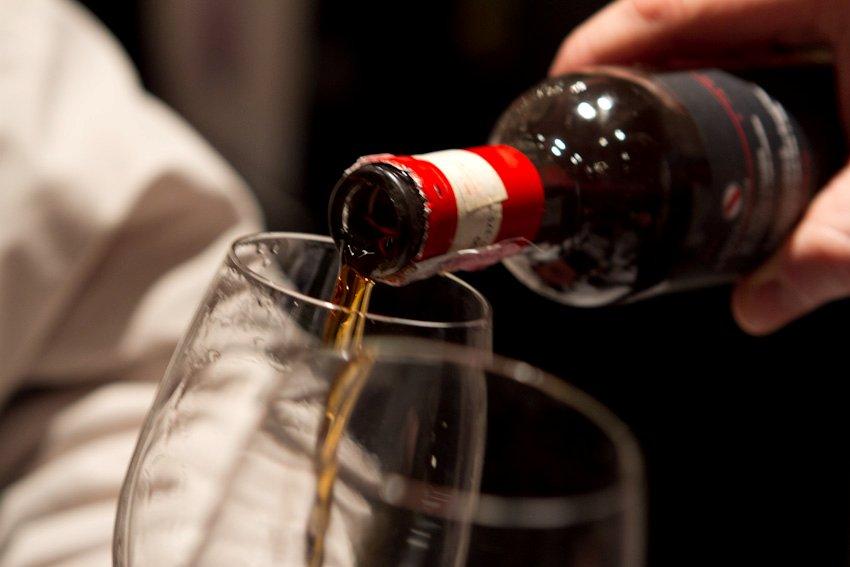