New releases from ‘the maestro of the Ravera Cru’

There can be no disputing Elvio Cogno’s pre-eminence among the producers of Ravera in Barolo. Described by Walter Speller as ‘the maestro of the Ravera Cru… whose brilliant versions of Ravera are so far unmatched by any other producer with holdings in this cru’, winemaker Valter Fissore (Elvio’s son-in-law) is not a man to rest on his laurels. Under Valter’s stewardship, the estate’s reputation and the quality of its wines continue to rise. Today’s release centres on the 2018 vintage – a Barolo vintage ‘like you have never seen before’ (Speller) – but also includes the 100 point 2016 Vigna Elena, long-awaited 2017 Bricco Pernice, 2019 Barbaresco Bordini (a first glimpse of an outstanding vintage) and a superb selection of wines for drinking in the shorter-term.

In his recent review of 2018s, Speller wrote: ‘The 2018 Barolos I tasted for this year’s preview left me elated, energised and excited. With the colour of crushed rubies, the wines are extremely elegant, perfumed and charged with super-fine tannins. Their transparency accentuates in a clear-cut way the distinction between crus and villages and makes these wines almost ephemeral.’ Valter endorses this assessment, describing 2018 as an elegant, floral and approachable vintage – he also notes that the 2018s have at no point shut down (as his wines typically would in their adolescence), but have remained open and expressive. 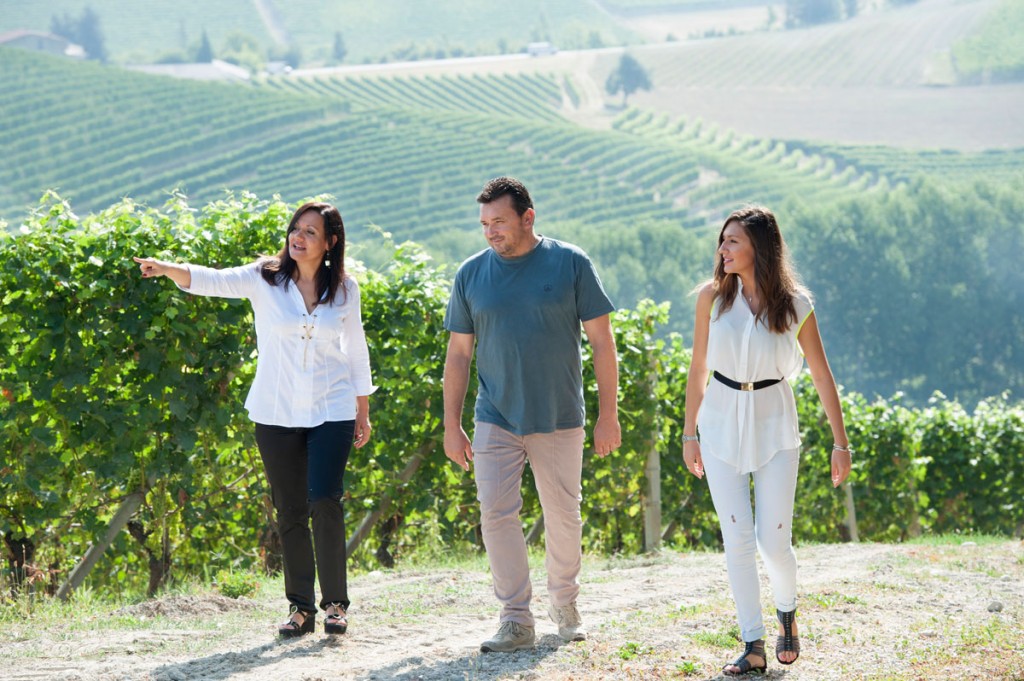 2018 was far from being a picture-perfect growing season in Barolo. Rainfall was a third higher than the historical average, and disease pressure was severe – particularly, as Antonio Galloni points out, in vineyards that had suffered frost damage in 2017. Sitting at (a relatively lofty) 380 metres altitude with excellent ventilation, Ravera was largely unscathed by the problems of both years. In fact, so healthy were the majority of Cogno’s parcels harvested in 2018 that Valter was encouraged to preserve a higher than usual proportion of whole bunches (up to 40%), in a successful bid to capture extra lift and freshness in his wines.

Valter’s 2018 Ravera and Cascina Nuova underwent 24 months’ ageing in 25-30 hectolitre Slavonian oak casks and a further six months in bottle prior to release. From the estate’s most prized vineyards, Bricco Pernice and Vigna Elena are treated to longer spells in cask and bottle (bottle ageing at the estate is, Valter insists, crucial for the wines to harmonise), hence today’s release of the 2017 and 2016 respectively.

All four Baroli hail from Ravera, where 11 of the Cogno estate’s 17 hectares are located. Grown elsewhere, in Neive, is Valter’s compact and elegant 2019 Barbesco Bordini – from ‘an outstanding vintage that has the potential to be superb’ (Galloni) – and extraordinary 2020 Pre-phylloxera Barbera. From a 0.25-hectare parcel of un-grafted Nebbiolo vines in La Morra, the 2020 is a Barbera of rare complexity and longevity, offered today in bottle and magnum.

In Valter’s view, 2020 is shaping up to be a great vintage for the Langhe – one of his absolute favourites of recent times. Aérien and ethereal with sizzling acidity, each of the 2020s listed below is testament to the quality of the vintage and provides a mouth-watering (literally) aperçu of the Baroli that will follow. Wines such as the unoaked Langhe Nebbiolo Montegrilli are set to deliver a huge amount of pleasure from the word “go”. The 2020 Anas-Cëtta is an exquisite white that can be broached now but promises to gain in both complexity and precision over the next five years and beyond.

Tasting with Valter at the winery in January this year, we were persuaded that his 2018 Cascina Nuova and Ravera represent a step up even on their predecessors from the classic 2016 vintage. 2016 Vigna Elena is, meanwhile, every bit as good as Kerin O’Keefe’s 100 points suggests. Truly, Elvio Cogno is an estate at the top of its game.
We are grateful for a generous allocation – and for Valter’s sensible pricing policy – but expect demand to be high, so please register your interest as soon as possible with a member of the Stannary team.