This could be one of the great domaines of Meursault, especially with its substantial holding of Les Perrières
and the monopoly of the Clos des Perrières, bought by the original Albert Grivault in 1879 .
– Jasper Morris MW

We are thrilled to be working with Domaine Albert Grivault and are very pleased to offer our first ex-domaine parcel from this historical estate with the most enviable holdings in Meursault.

The Domaine is the largest holder of Meursault Perrieres and at the heart of the Les Perrières-Dessous is the 0.94 vineyard of Clos des Perrières, a monopole located in the middle of Meursault Perrières, which has been in the family’s hands since Albert Grivault bought the Clos in 1879 from the Marquess de la Roche, who had passed away without leaving an heir.

It was a time that many vineyards had been devasted by phylloxera and after his purchase of Clos de Perrieres, at his mother’s behest, Albert Grivault expanded the family vineyards to over 15ha, including parcels of Perrières outside the Clos. In 1904, Albert Grivault gifted his Meursault Charmes parcel to the Hospices de Beaune, where even today the wine is still auctioned as Cuvée Albert Grivault. The depression of the 1930s seriously affected the Grivaults and the vineyards ended up on metayage, a cropsharing agreement typical in Burgundy. In the early 1980s, as the share-cropping agreements ended, Albert’s grandson Michel Bardet started working the land again with his two sisters.

Today the estate is only 6ha, including the 0.94ha monopole of Clos des Perrieres as well as a parcel of Meursault Perrières outside of the Clos. Michel Bardet still runs the winery together with his daughter Claire and son Henri-Marc. He shares his father’s visionary mindset and is working hard to see Clos des Perrières elevated to Grand Cru. Michel’s approach to viticulture is lutte raisonnée and the wines are traditionally vinified with up to 20% new oak for the 1er Crus. Even by Burgundian standards, Domaine Albert Grivault is steeped in history. Michel Bardet today does not quite engage with the En Primeur system hence we did not include the wines in the 2019 offer. Today there are 4 wines made by the estate.

This is the jewel in the crown of the Domaine. Meursault Perrières, together with Charmes and Genevrieres form the holy trinity of Meursault’s most sought after vineyards. Yet, Perrières is usually singled out as the very top.  What few people realise, is that at the heart of this large 13ha 1er Cru vineyard is the 0.95ha 1er Cru of Clos des Perrières. It is a walled monopole made solely by Albert Grivault, replanted in 1986-1989, and the wines consistently perform differently to the rest of Perrieres. Jasper Morris MW writes ‘There is a sense of dramatic tension about the Clos compared to the regular Perrières and more persistence of flavour.’

Dr Jules Jean Lavalle considered Perrières to be the best white wine vineyard after Montrachet and today it remains the greatest of the Meursault 1er Crus producing the weightiest and long-lived of all Meursaults. Discussion about promotion to Grand Cru continues. The vines are older in the Perrières plot than in the Clos des Perrières, but the two wines would be a fascinating comparison in 10 or 20 years time.

This is another monopole of Domaine Givault and this lieux dit is located just behind the winery. The vineyard was replanted in 1971 and the vines are now 50 years old. The wine is vinified in 3-5 year old French oak barrels and is a great introduction to the estate. Though it benefits from ageing, it does not require ageing for as long as the two Perrières. It comes highly recommended!

This is the only red wine made by the Domaine. It comes from a 0.88ha, on your right side just as you enter the village. According to Marcel, there is a spring that runs underground across Epenots and then crosses the corner of Clos Blanc, which has benefitted with the influence of global warming. The wine is a 100% destemmed and then aged for 18 months. 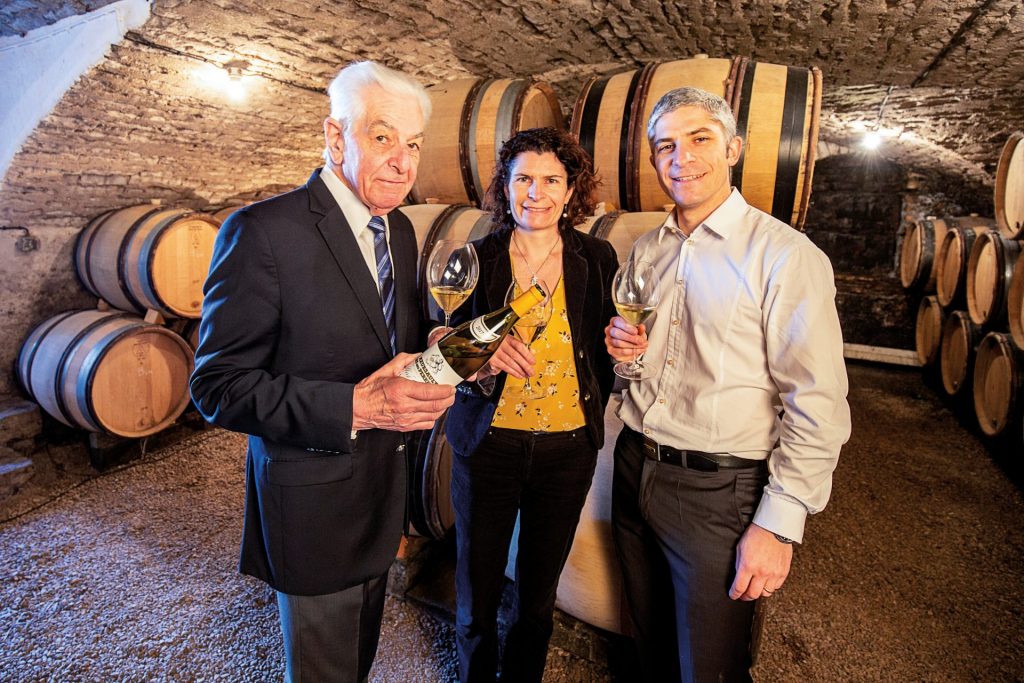