In the early 1990s, Paul Gerrie took a calculated risk. He bought a rundown vineyard with stunning views of Mount Jefferson and the Eola-Amity Hills in the Willamette Valley in Oregon. He immediately made two crucial signings. Mark Feltz, a local man with an intuitive feel for farming and the land, became Vineyard Manager, whilst Steve Doerner, an established and respected Californian winemaker, was appointed sole winemaker, and the three of them are still working together today. Paul renamed the estate after his two children, Christine and Tom, and the adventure began. The Marjorie Pinot was the first single-vineyard wine to be released in 1994, the vines were planted twelve years earlier in 1982. Named after Paul’s mother, this is the smallest production of the single-vineyard wines. Also, in 1994 Jessie’s vineyard (named after his paternal grandmother) was planted, on the steepest slope of the entire property and it produces the most Burgundian wines. Paul’s maternal grandmother was honoured with the Louise vineyard, part of whose slope spends the latter part of the day in shade, which means there is a nice contrast of rich, riper fruit from the lower slopes which have seen more sun and fresher, more restrained fruit from the shadowed upper slope. Lastly, there is the eight hectare vineyard of Eileen, named after Paul’s wife, which was the last to be planted (1997) and sits at the highest point of the estate, where it’s a little cooler, and the fruit can ripen more gently. A key element in the style of wines at Cristom is the use of whole bunches, which perhaps takes a little colour out of the wines but adds freshness and complexity. New oak is very sensibly used and never dominates. The wines are light, gentle, delicate almost, yet with a discreet intensity of flavour and real length. As the vines have got older, the wines have become more complex.

Cristom Vineyards in the press:

“I have been enjoying the wines from Cristom for a number of years, […] they have fashioned some of the region’s finest wines.” 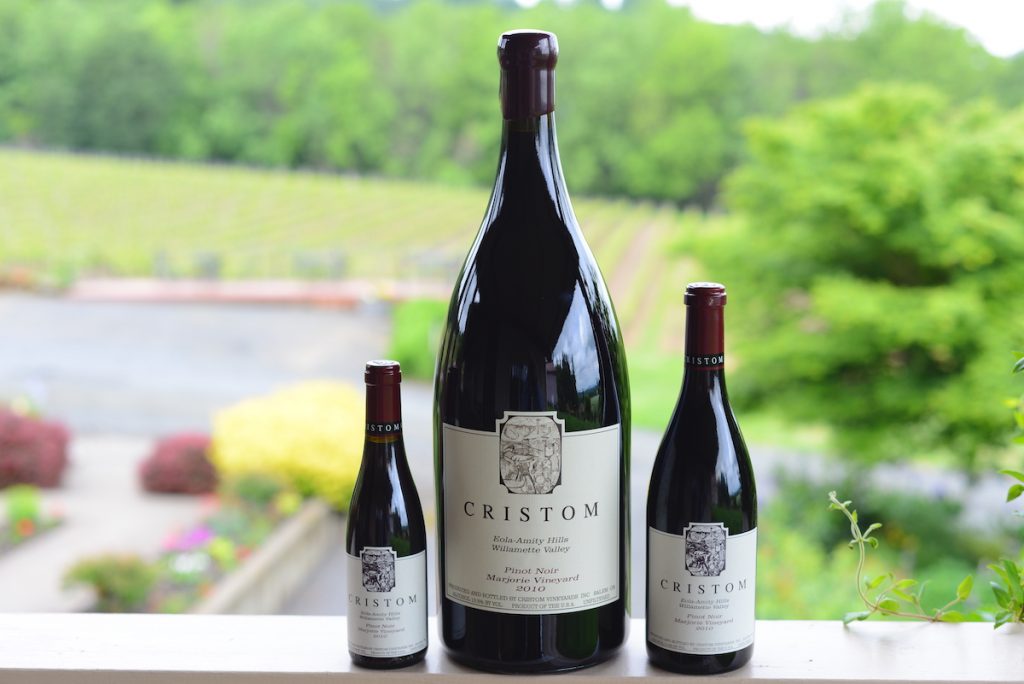