Charles Magnien is the President of Gevrey-Chambertin’s ODG (Organisme de Défense et de Gestion) and his encyclopaedic knowledge of soil structure gives him an unparalleled understanding of the commune of Gevrey-Chambertin. It is spellbinding to listen to Charles explain the links between geology and the structure and profile of the final wine. On the basis of his enviable holdings on the Côte Saint-Jacques, the superb quality of his wines or his unsurpassed knowledge of Gevrey, it is easy to call Charles the Master of Gevrey-Chambertin, but I would prefer to call him the Master of Cazetiers, as Cazetiers is his home.

When Charles Magnien steps out of his winery, he gazes up at the steep slope of his 1er Cru Gevrey-Chambertin. It is the most elevated vineyard in Burgundy and reaches 370m above sea level at the top, dropping down to 300m at Charles’ winery. It is Charles’ biggest vineyard holding and he is the only vigneron to own a continuous plot from the top of the slope to the bottom that covers all four distinct Cazetiers soils: white marl on ostrea accuminata, calcaire à entroques, premaux limestone with clay and finally at the bottom more sandy soil and clay on calcaire à entroques. Though the plots may be vinified separately, they are always blended to make one Gevrey-Chambertin 1er Cru Les Cazetiers and it is a clear example of the sum of all parts transcending the quality of the individual plots (which are gorgeous in their own right). Aside from Cazetiers, Charles’ holdings in Gevrey are enviable as he owns a slither of Ruchottes-Chambertin and three further 1er Crus on the Côte Saint-Jacques. He is lucky enough to have old vines, such as his 65 year old vines in the lieu-dit of Champerrier. The Magnien family (which traces its history to 1656) has been nurturing a specific strain of Pinot Fin since about 1850, which Charles links to the uniqueness of his Pinot. Since the 2018 vintage, Charles has also been making a Corton and Aloxe-Corton and now feels that he really understands these vineyards.

Charles is obsessive about the soil type in the vineyard and the type of oak used in the winery. He chooses his own wood, mainly from the forests of Fontainebleau and Chatillons and uses a number of different tonneliers (Rousseau Allegro, La Grange, Ermitage and Cavin with whom he experiments, using different barrels with different sources of oak). Charles finds that different forests and different tonneliers favour different cuvees; tasting alongside Charles is a masterclass in the history of French oak. The wines here are plush, hedonistic and muscular, yet also with gentleness and exceptional freshness.

In 2020, Charles started the harvest on September 1st in Gevrey-Chambertin and August 28th in Corton and used on average 25% whole-bunch. When asked about the 2020 vintage, Charles noted it was easy to be biodynamic (like 2019 and unlike 2021) and he observed that nowadays the problem is to get perfect maturity but without the alcohol, while for his grandfather reaching perfect maturity was the challenge. He finished with a broad smile on his face saying ‘in 2020 there is the freshness, colour and acidity of Pinot, but with lots of sweet tannins’. These are wines that defy the vintage and the 2020s chez Magnien are a masterpiece, which will require long ageing. 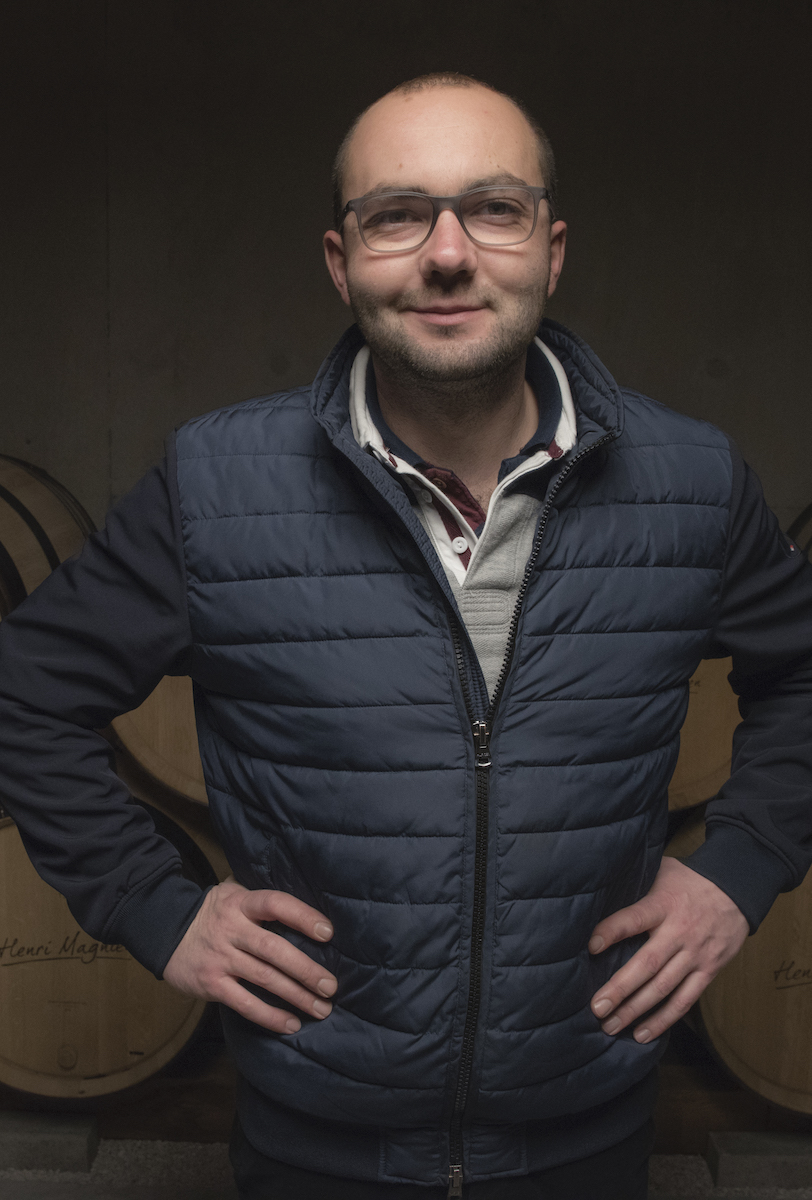