“How do you make something already great even better?
Take a great vineyard and give it to someone with a very special talent”

Despite a history stretching back more than 650 years, it is Domaine des Lambrays’ most recent evolution that will arguably prove to have the greatest impact on its character and reputation.  As the owner of around 98% of the famous Clos of the same name (Romain Taupenot owns the rest), the Domaine has had a succession of owners and winemakers over the years, but when LVMH purchased the estate in 2014, they brought with them not just significant investment but a vision for the future. With winemaker Thierry Brouin close to retirement having enjoyed almost 40 successful years at the helm of the domaine, they would soon need a new winemaker with a vision and ambition to match their own. And so, the search was on. Finally, they found their man in Jacques Devauges, an intelligent and precise winemaker, who earned his spurs at Domaine de l’Arlot in Nuits-Saint-Georges followed by neighbouring Clos de Tart in Morey-Saint-Denis.

Jacques quickly set about making changes, immediately converting the domaine to organic farming, before moving to a biodynamic culture more recently. He has also overseen the construction of a dramatic new cuverie, which will allow him the space and equipment to work his magic in the coming vintages. 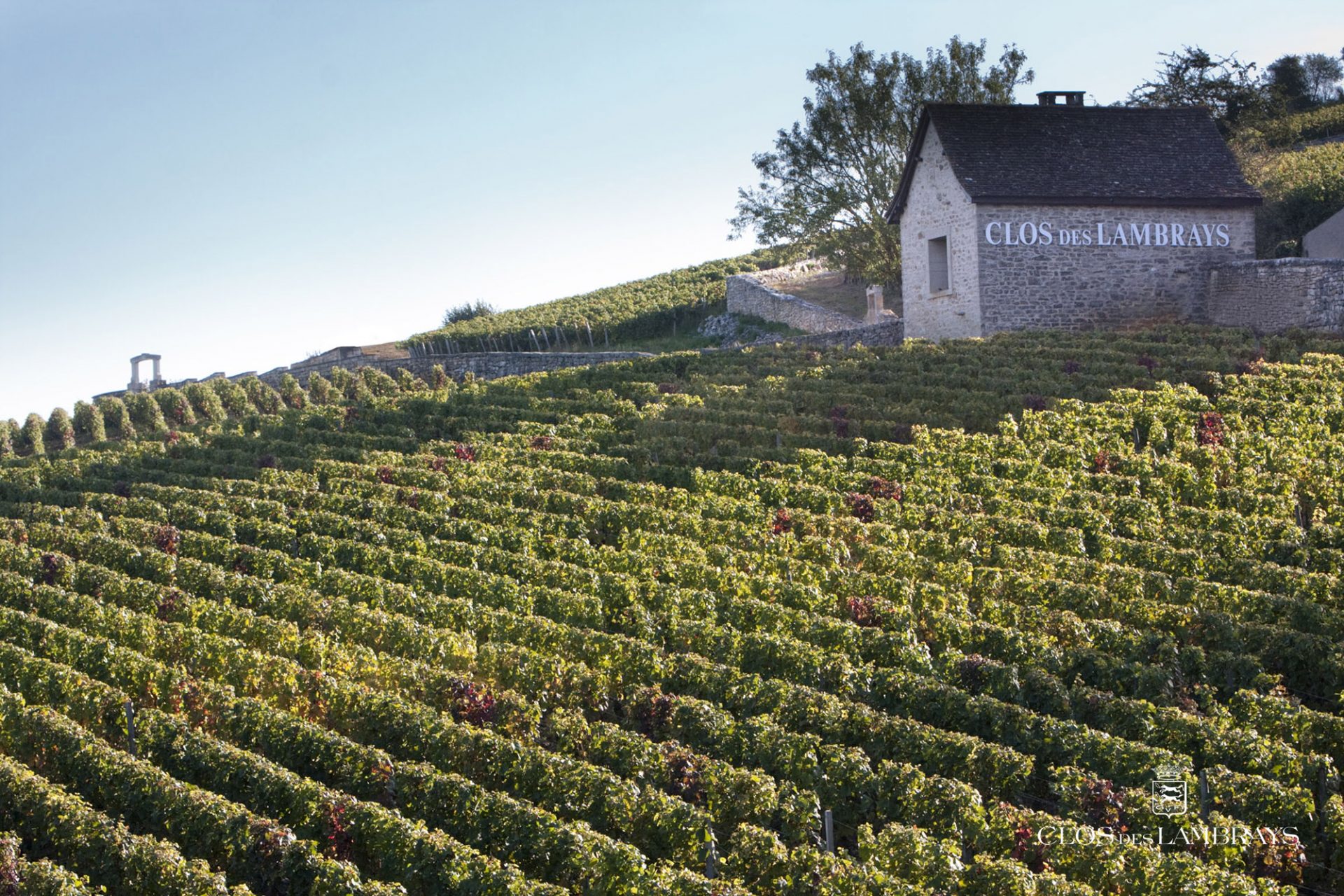 But perhaps the most significant ‘change’ has been Jacques’ eagerness to recognise the numerous individual parcels, of which there are eleven, that make up the Clos. With almost 9ha it is unsurprising that the Clos has varying soils and expositions. Jacques does not ‘blend’ these parcels together in order to create a wine that varies little from year to year but to unleash the complexities of the Clos that lie within. As one would expect, one finds more limestone towards the top of the vineyard than towards the bottom, where the soils are a little richer in clay. The vineyard is also far from flat. Whilst sloping upwards from east to west, it is also undulating from north to south, creating mini combes and fascinating microclimates that add subtle nuances in abundance. Tasting through these varying parcels makes for a fascinating experience as each displays its own strong personality. And whilst one may particularly appeal on any given day, Jacques is right to affirm that the whole is greater than the sum of the parts. He points out that it is not an assemblage but a reunion! It is also the moment to mention that, unusually for Burgundy, the rows of vines run perpendicularly to the slope (north to south rather than east to west up the slope), meaning the vines enjoy important shadowy protection right in the heat of the day when the sun is at its strongest, a real boon in these times of climate change.

Jacques embraces the use of whole bunch, which in these times of warm summers and complete phenolic maturity, adds much needed freshness and punctuation, as well as some gorgeous aromatics that mingle beautifully with the natural minerality that comes from the soil. For the Clos he used about 80% whole bunch overall, although some parcel’s percentages were at 60% and some at 100%. Quite how good these 2020s reds are is difficult to say but what is crystal clear is, at this stage of their young life they have immense potential to become something very special indeed. One of the crucial elements that Jacques got spot on were the harvest dates. Having taken samples from the Clos on August 14th and found them to be at 13.2%, things swung quickly into action and 6 days later the team was harvesting! This was the earliest the harvest has ever begun. Even in the famously early vintage of 2003 they started on the 23rd and did not finish until 2nd September. In 2020 Jacques was all done by the 26th August! There is little doubt that he played it just right. All the wines have great phenolic ripeness yet retain a balance and authenticity that will keep them special for many years to come. The tannins are beautiful and dynamic and the use of whole bunch, which is governed to a large degree by the maturity of the bunches, is gorgeously indulgent and perfectly handled.