“I was pleased to see a strong showing from Domaine Launay-Horiot’s Clos Blanc, pilot-turned-winemaker Xavier Horiot managing his vineyards as well as he once flew jet fighters”

The two blue intersecting Roman swords that feature on Domaine Launay-Horiot bottles since 2014 tell the story of its winemaker, Xavier Horiot. Look closely and you will see that the bottom halves depict roots, representing Xavier’s work among the vines, while the top are pilot wings, a reference to Xavier’s past as a fighter pilot in the French Air force, for which he was named knight of the Legion of Honor and handed the War Cross for his service. He spent 18 years in the French Air force, inspired by his great uncle Bertrand who had enlisted as a fighter pilot in World War II. Yet Xavier came down from the skies, to the roots in the soil, following in the footsteps of his beloved grandfather Raymond Launay, as a vigneron. This journey from fighter pilot to vigneron turned out to be the greatest fight of his life. 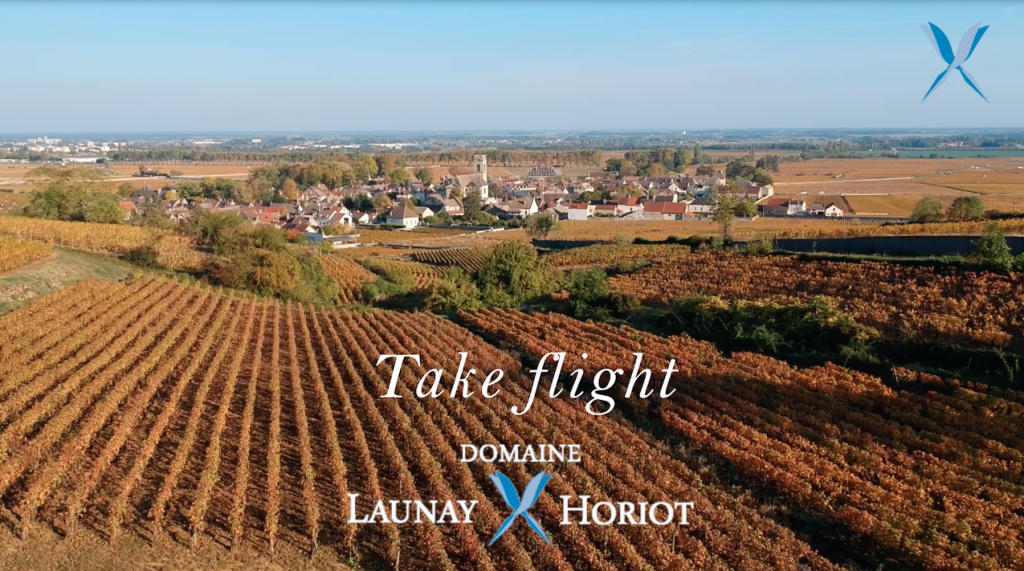 “Take flight” – a video from the Domaine. Click on the picture to see the full video.

Xavier’s fight to fulfil his beloved grandfather’s wish to follow in his footsteps and retain the family domaine in family hands reads like a Shakespearean tragedy and reflects many of the challenges that a lot of young Burgundian families are facing today; the problem of stratospheric vineyard prices combined with complex inheritance laws. The stage opens in 2000 when Raymond Launay realises just before his death that his daughter has no desire to retain the domaine in family hands. Raymond dies heartbroken, leaving his daughter and grandson to decide the future of their estate. The former wanted to sell, the latter wanted to keep it in the family being aware that the Launay family has made wine in Pommard since the 18th Century. After an eleven year legal battle, Xavier won the case (ironically two months before his aunt passed away leaving no heirs). The estate was originally 12 hectares, but after the legal battle only a tiny 4 hectares remained, though luckily it included some of Pommard’s best vineyards as well as a tiny slice of Latricières-Chambertin and Chambertin itself.. The first two vintages of grapes were simply sold to survive, but in 2014, Xavier Horiot made his first vintage. From fighter pilot to vigneron, his battle had been won.

Despite the challenges that life has thrown at Xavier and the cost of spending 11 years in court, the softly spoken Xavier only expresses gratefulness for being able to farm the land of his grandfathers and he has a quiet confidence in his own winemaking. Those that have tasted the wines, have lavished him with praise since the first vintage. His calmness, patience and precise attention to detail were useful as a pilot, but also greatly help him as a vigneron to finetune his wines. The grapes are harvested in tiny boxes to avoid squashing the fruit and then carefully sorted before vinification. By his own admission, Xavier hires more people to help with sorting than picking the fruit. The fruit is never crushed and fermentations are long (around four weeks) in very cold cellars to express the full fresh, pure and floral aromas of Pinot Noir. The vines and the wines are given the utmost care and attention and as the wine ages in Xavier’s cellars, they are given the opportunity to listen to classical music, perhaps to relax after all the drama.

Everything in 2019 was destemmed. Xavier began harvesting on 13th September, starting with his parcel of Les Rugiens. It feels like he got his dates just right as the whole range (both the Côte de Nuits and the Côte de Beaune offerings) has an extremely appealing drive and freshness. The word energy kept appearing in my tasting notes and it is perhaps significant that none of the wines came in above 13.5 degrees. Quantities were a little bit on the low side, but a lot of the vineyards are quite old, so yields are rarely excessive here. There is perhaps a fraction more new oak overall, in part due to there being less wine, but one would never know, so intense and well balanced are the wines. Xavier didn’t feel that the wines would close up too much once in bottle, and one can see his thinking, being that the wines are both very expressive and very well balanced. But, whilst acknowledging that logic, it is worth mentioning that despite their finesse and refinement, these wines are very intense and well built, albeit with a good dollop of panache, so they should certainly age very well indeed… 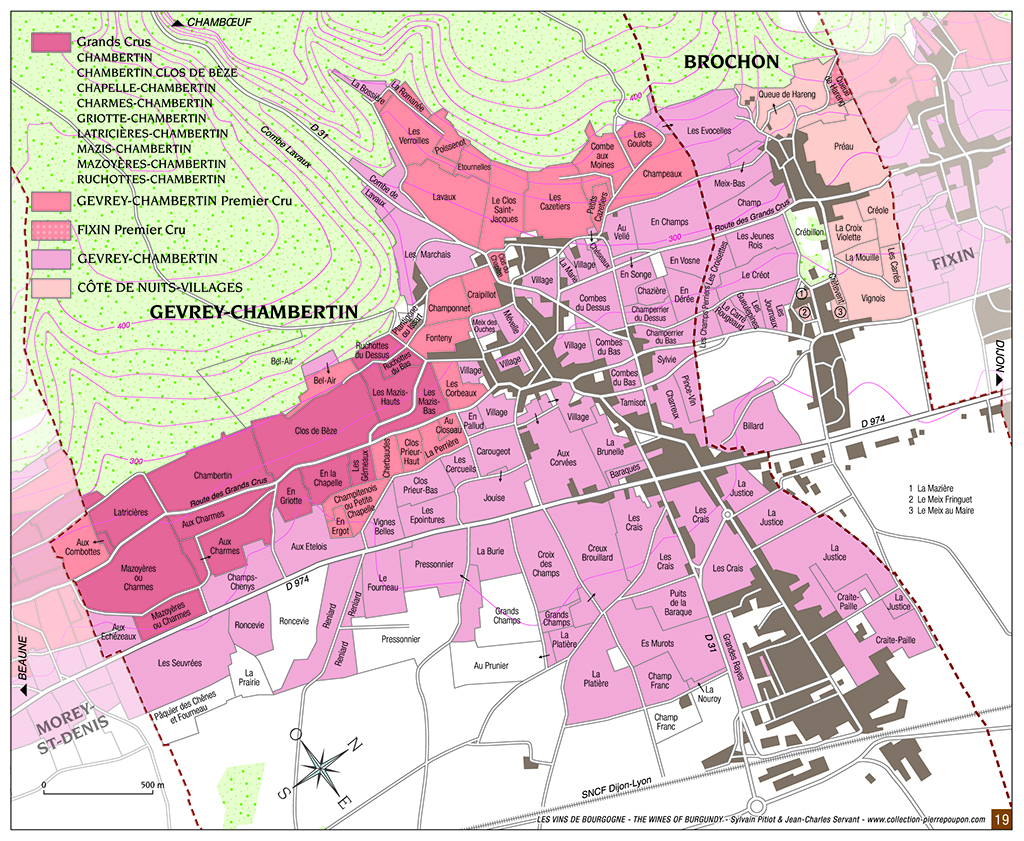 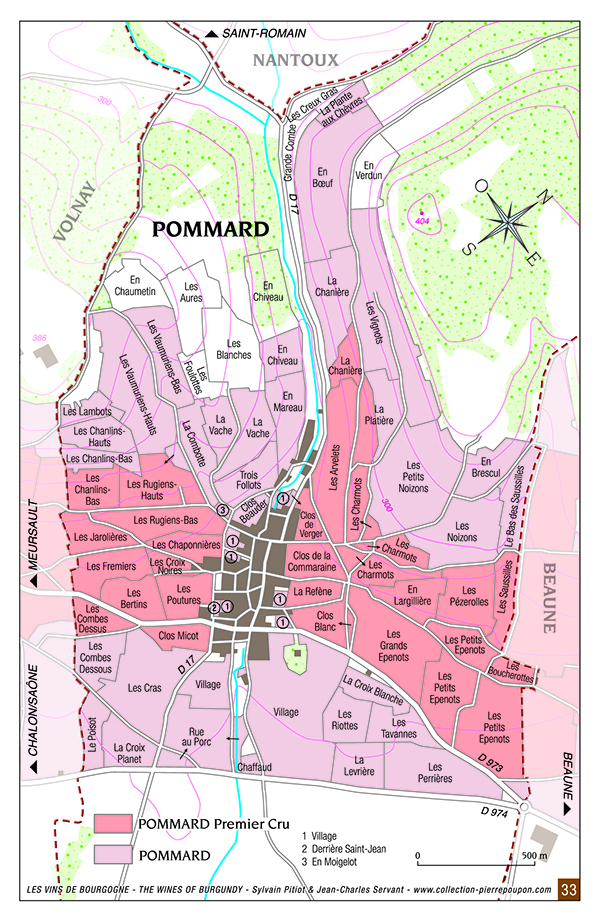