2019 in Chablis is just what the doctor ordered. After some challenging vintages when nature has played a cruel hand in decimating yields, 2019 is a stunning year in Chablis, certainly the best since 2014.  The wines have an impressive underlying intensity but their typicity has not been compromised by the richness of the fruit. They are vibrant and stony with a delicious salinity that runs through their core and lifts the fruit and highlights its purity. We are delighted to welcome a couple of new names to our offer following the purchase of Domaine Direct, giving depth and scope to our range, although they very much complement our existing domaines and reflect our love of pure, vibrant, mineral Chablis.

This is a high-class estate with a strong sense of history in the Chablis region. Parts of the family were involved in the wine business as far back as the mid-18th century, but the true beginnings of the domaine as we know it today were truly established at the turn of the 20th century, when Marcel Fèvre was the man in charge. His son, Bernard, followed in turn by his own son, Jacques, both enlarged the domaine significantly during their tenures, with significant purchases in Fourchaume, where they now own 10 hectares, and Les Preuses. Today the domaine totals 57 hectares, including 33 hectares of village Chablis. Marcel’s great grandson, Gilles, and his wife, Nathalie, are now at the helm and have been joined by his daughter Julie, who, in time, will become the 5th generation of vignerons to run the domaine. Stylistically, the domaine makes the kind of Chablis we all want to drink; mineral, vibrant and bursting with a sense of terroir; ie proper Chablis! There is some oak on some of the wines, but it’s confidently handled, inspiring a more textural influence than anything else. These 2019s are stunning and should be snapped up.

Long time friend and all-round nice guy, Didier Picq, has been making quintessential Chablis for many years now. If you are looking for unadulterated, zippy, stony, classical Chablis then this is the domaine for you. Even in a vintage like 2019, the wines are beautifully transparent and lucid, with great definition and a perfect sense of purity and vitality. In an uncertain world, it’s reassuring to know that chez Didier you will always find the Chablis you want! The one negative note is that volumes were down 40%!

Quite simply, Didier Defaix makes lovely Chablis. The estate owns 27 hectares of vineyards but also has contracts in place for additional parcels of 1ers and Grands Crus, to allow him to try and meet the huge demand for his wines. Ageing takes place in both steel and oak, although oak is used very sparingly, and the barrels tend to be older and often bigger. Didier is not looking to adulterate the wines with oak influence; he wants the unique character of true Chablis to shine through. 2019 is a great vintage at this domaine; like so many of the domaines in this offer; the house style that accentuates vibrancy and purity works a treat in a richer, extract-focussed vintage like this. We’ve drunk old Defaix and it ages beautifully; these 2019s should do the same.

This large but quality-driven domaine is part of the Bichot enterprise. Matthieu Mangenot is the man on site in charge of winemaking at this 65-hectare operation and he continues to fashion some wonderful wines. It’s quite Grand Cru heavy, owning 10 hectares of the good stuff across six different Crus, including the famous La Moutonne, a monopole blend of Vaudésirs (95%) and Les Preuses (5%). Oak is sparingly used, and the wines are allowed to reflect their site and exposition. With a new cuverie having been completed in 2014, quality here has never been better and with a vintage like 2019 to play with there won’t be many better ranges to be found in Chablis this year.

This highly regarded 26 hectares domaine has a fantastic spread of vineyards across almost the entirety of the appellation, with nine 1ers Crus and five Grands Crus. The family viticultural history seems to date back around 500 years! Jean-Paul’s son, Benoit, born in 1975, joined the domaine at the turn of the century and is now in charge. Stainless and oak are both used here, proportions of each depending on the individual character and power of the various crus. The wines tend to age very well and these 2019s look very promising indeed. The large variety of crus means an impressive mix of styles of wines. We’ve tended towards the most delicate, mineral ones, though in this vintage they also possess great intensity and power and should reward significant cellaring.

Domaine Billaud-Simon was founded over 200 years ago in 1815. Today it totals 17 hectares, including four 1ers Crus and four Grands Crus. The focus is very much on ageing in stainless steel vats to maximise purity and freshness, though a couple of the wines do see some barrel ageing, should the vintage allow. 2019 looks to have been a very successful vintage for the domaine and we are delighted to include a couple of the stand-out crus for the first time in this offer. 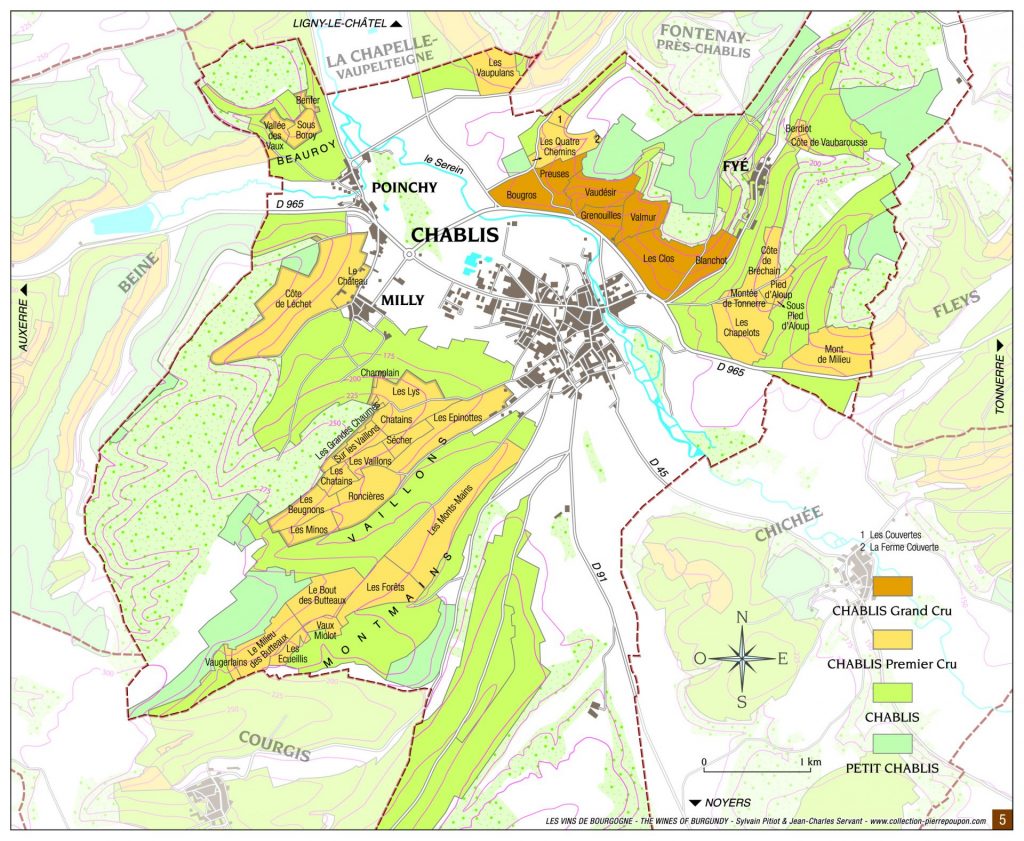