After a forced break of some three years, the Stannary dinners returned to their home in Kennington, with Francis Percival once again at the helm.

The theme was put forward by the ever-generous BA who was looking to share his Mugnier Bonnes-Mares and La Grande Rue with this appreciative group.

Many had had joyous experiences with the unheralded 2000 red Burgundy vintage and there was a keenness to see how the vintage was holding up.

The 2014 white vintage remains at the other end of the scale with few having pulled the corks on the great wines.

The evening kicked off with the superb 2013 Henri Giraud Argonne (DE) ; delicious on the night but with a great future ahead of it.

The opening flight was of great class and consistency without an underperforming wine in the line-up. Was the Corton-Charlemagne showing more Corton-Charlemagne (JG) or more PYCM? Time will shift the balance but what a wine. That said, it was the Chevalier-Montrachet La Cabotte (TC) from Bouchard that took the honours. A beautiful wine with superb balance.

The next two flights of reds were less consistent and perhaps we can conclude that, whilst not over the hill, the peak window for 2000 red Burgundy may have passed. A dark, somewhat un-Chambolle like Beaux Bruns (JD) was lovely but the red highlight of the evening was a wine that has proved to be hugely popular at Stannary dinners in the past; Charmes-Chambertin from Bachelet (DR).

Five more whites followed with a magnum of Chassagne-Montrachet La Romanee from Pillot (KS) being another highlight.

Francis’ food was on the same, stunning form that it always is and after so much eating and drinking, one could be forgiven for feeling jaded at this stage of the evening.

Not so on this occasion with two spectacular blind pudding wines to finish. 1990 d’Yquem (AK) is going to be the star of almost all company but that is without coming up against Keller’s 2001 TBA (PJ). Other worldly, and a mere 6.5% to finish the evening.

Thank you to everyone, and I look forward to the next round. It is good to be back. 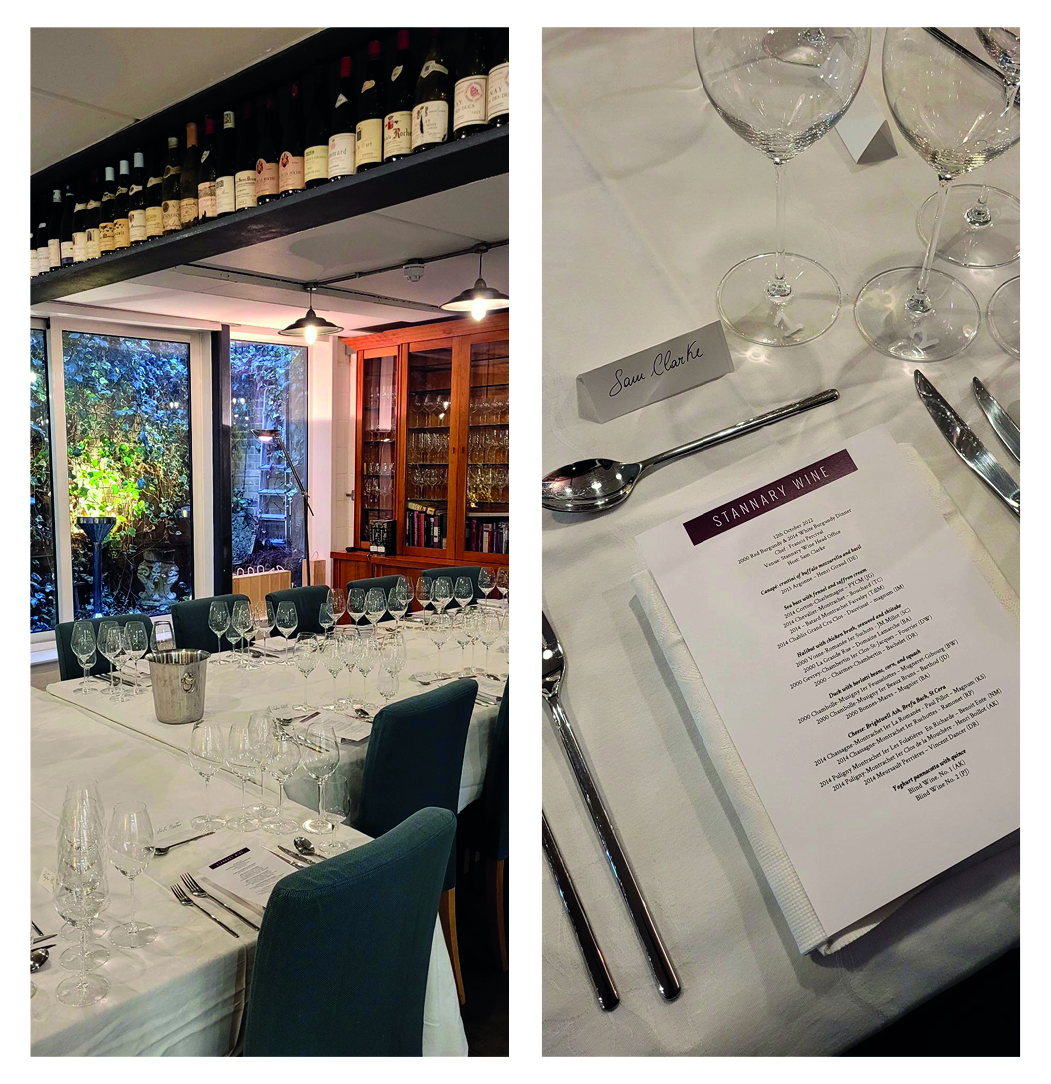