The combination of hastily organised, last minute family holidays, and the dreaded pinging, left us with a hard core of eight for the return of Stannary hosted Dinners – Morey-St-Denis and Meursault at Cabotte London. Whilst lesser in numbers, this dinner had an extremely strong sense of excitement and relief at being able to gather once again.

A glass of Substance from Selosse (thank you RLJ) lifted spirits further, and eased the worries of those who feared that without a back room in Kennington and the genius of Mr Percival, it might not be a Stannary Dinner proper.

Our first wine flight featured 2012 Meursault 1er Charmes from Lafon, next to 2015 Meursault 1er Boucheres from Roulot. The two bottles were great examples of the respective winemaking styles, but the Lafon was on such form that it took the early honours. The energy and freshness of the first two wines was in stark contrast with the next flight of mature Burgundy, and opinions were strong and varied. Some simply like to drink white Burgundy younger, with the other camp being more charitable to the aged. The consensus seemed to be that the oldest wine on show, the 1990 Meursault 1er Charmes from Roulot, was in the best shape and brought the most pleasure.

On to Morey-St-Denis and two superb examples of the character of the village from the 2010 MstD 1er Bussiere from Roumier and 2012 MstD 1er Riotte from Hubert Lignier (magnum). Despite the best efforts of PJ, decanting the Riotte some hours earlier, this was a backward wine, and the class and silkiness of the Roumier was the winner. The arrival of food and the passage of time narrowed things however and it was wonderful to come back to the Riotte in later in the evening. The table was already full of Roumier fans and the Bussiere bottles of TdelaM will only have strengthened those feelings.

The Cabotte pigeon was a terrific vehicle for the trio of Clos de la Roche wines; 2005 from Dujac, 2007 from Rousseau, and 2009 from Arlaud. Wow. No losers in this flight and three bottles on top form. The Arlaud wine was in top company and on the showing of this bottle, it certainly deserved its place. Some gave the Rousseau as the wine giving most pleasure on the night, but I was left thinking that the Dujac had the brightest and longest future ahead of it. I have heard Jeremy Seysses say that 2005 was the best vintage for the Domaine in his time there and the 2005 Clos de la Roche was spectacular.

The 2006 Clos de Tart provided a different style to finish with, richer in style and perhaps less Morey typicity but hugely enjoyable. The debate on the 2006 vintage seemed to conclude that it is a vintage to hold at the higher levels and that it could be one to surprise.

The 1am finish was later than some evenings and probably reflected the enthusiasm to return to the table for proper Burgundy drinking. With the two debutants (DB and SJO) bringing the two wines of the night, 2012 Lafon Charmes and 2005 Dujac Clos de la Roche, we could have new additions to the club.

The next date has been set for the 15th of September, with the theme being Vosne-Romanee and Chassagne-Montrachet. Most people have already replied so we are nearly at capacity, but if others could look at their diaries it would be appreciated.

I hope that your summers are going well, and I look forward to sharing bottles with you in the future. 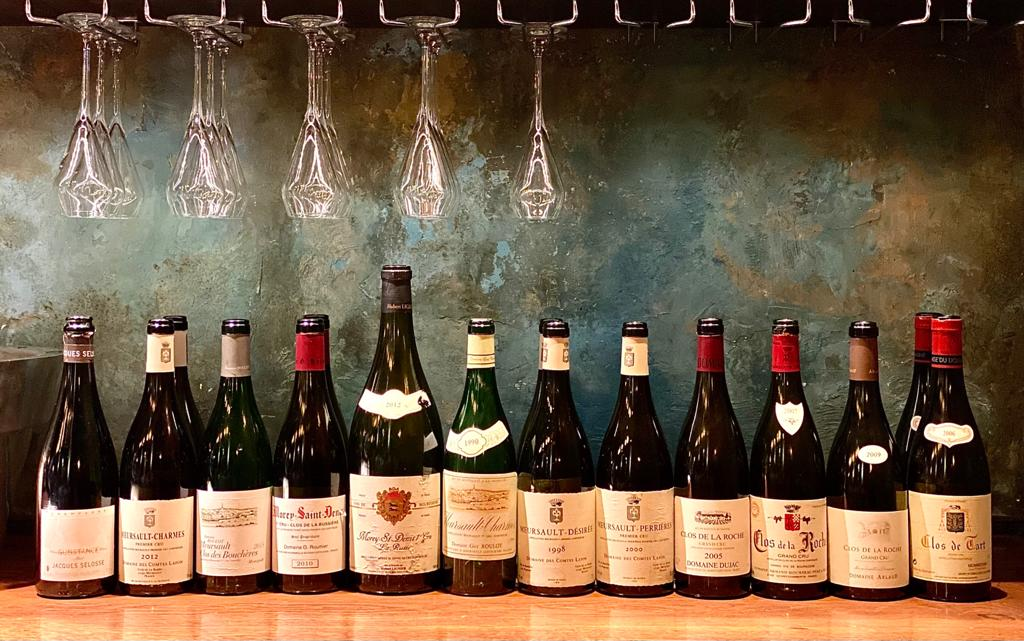