Burgundy law is full of quirks. For example the Premier Cru vineyard of Santenots when producing Pinot Noir must be labelled as Volnay, but if planted with Chardonnay it is labelled as Meursault. Musigny is a Grand Cru for both white and red wine, but there is no Premier or village classification for white Chambolle Musigny, so any Musigny Blanc not deemed ‘good enough’ by the producer must be declassified as Bourgogne Blanc, while Pinot Noir grapes can be declassified to 1er Cru Chambolle Musigny. In fact Chambolle is full of quirks, as 1.52ha of the famous Chambolle Grand Cru Bonnes Mares is located in Morey-St-Denis and not in Chambolle Musigny.

The Grand Crus Mazoyères Chambertin and Charmes Chambertin are located to the south of Gevrey Chambertin, just below the Grand Crus of Latricières and Chambertin respectively. Looking at a map, Mazoyères faces slightly more south yet potentially with a slightly cooler micro-climate to the Charmes as a result of the cooler breeze that is channelled through Combe Grisard. The topsoil in Charmes is slightly redder (more iron rich) with more pebbles than Mazoyères, where it is lighter and deeper. In terms of style, it is said that Charmes will usually offer more luscious plump red fruit with an enticing fragrance while  Mazoyères is often more firm, structured, fuller bodied with a more savoury undertone. Few bottle it separately and the only way to compare the two vineyards it by trying the two wines from the same producer. We have a tiny amount available of Mazoyères and Charmes by the same producer (Taupenot Merme).

For those that don’t know Taupenot Merme, it is one of the most under the radar producers. Romain Taupenot makes some excellent wines and they are always fairly priced. I don’t think I can put it better than Andrew Jefford in his latest article for the world of Fine Wine ‘Farther north, it’s a question of seeking out the quieter class of Nuits producer among those who can be trusted in almost any vintage: 2013, 2012, 2008, 2007, 2006. Domaine Taupenot-Merme is an example. I don’t recall a single premier cru or grand cru disappointment out of perhaps ten purchases. The wines are fairly priced, not gouging’. 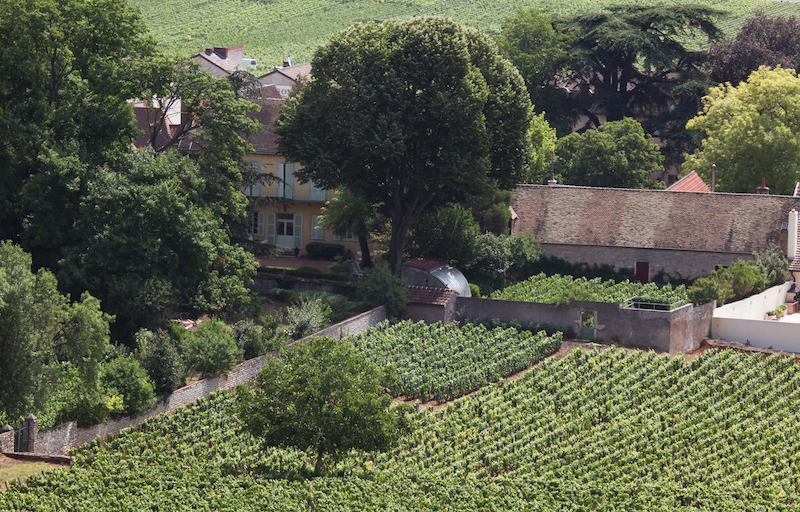 There is enough wood to merit mentioning present on the nose that is presently somewhat reduced though I would not expect it to persist beyond a year or two of bottle age. The rich, powerful and relatively robust flavors possess excellent size and weight along with very solid concentration where the abundant amount of dry extract does a fine job of buffering the very firm tannic spine shaping the youthfully austere and impressively long and beautifully complex finish. Over the past 5-ish years or so this wine has become the most consistent entry in the Taupenot portfolio and it appears that 2016 will be no exception. Drink 2034+ 93/100 (Allen Meadows, Burghound, January 2019)

A more elegant and airier mix features an array of various red berries that is laced with notes of lavender, violet and earth. Once again there is excellent volume and mid-palate density to the big-bodied flavors that exhibit evident power and punch, all wrapped in a dusty, balanced and focused finish that also flashes a touch of wood. This is presently quite compact and though it’s not quite as structured or concentrated as the Rognets, it is still going to require at least some patience. Drink 2028+ 92/100 (Allen Meadows, Burghound, January 2019)

This should be a real fun comparison in years to come!

“With a drop of Champagne, you can change your own universe” Phillippe Stark Hurray for…

Happy Champagne Friday! The last day of the month actually falls on a Friday this…

After three months in London, I was fortunate to escape the confines of lockdown and…
Discover More Blog Posts
We use cookies to ensure that we give you the best experience on our website. If you continue to use this site we will assume that you are happy with it.OkView Cookies